Why Use Ruby on Rails and How Can It Benefit Your Next Product? | Agente

Why Use Ruby on Rails and How Can It Benefit Your Next Product?

So your company decided to launch a new product or add a new feature to an existing app built on Ruby on Rails (RoR). Now your team faces a tough question: Why use Ruby on Rails for the backend in this project when the Internet is so hyped over its alleged death?

If you are considering whether you should choose the Ruby on Rails framework for web development, read this article—it will help you make the right decision. You will understand the perspectives of coding in the Ruby on Rails programming language and get an overview of how it can benefit your product.

The Internet indeed has been proclaiming the end of Ruby on Rails for years. But if you are still looking at Rails, you are in a good company. Today, there are nearly 400k websites worldwide that use Ruby on Rails as their backend framework, including top-tier organizations such as AirBnB, Groupon, Shopify, Zendesk, and many other giants. 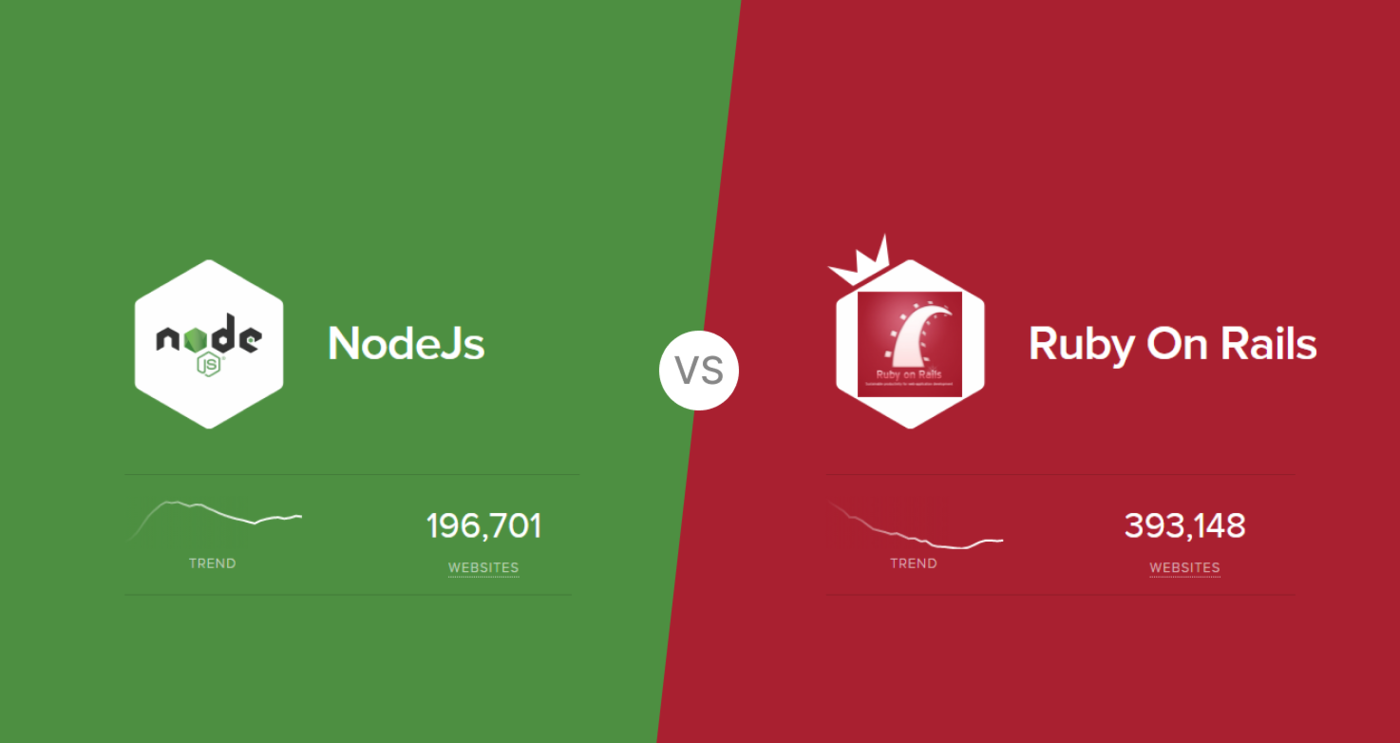 If so many businesses prefer RoR, there clearly must be a reason. Let's look behind the flashy headlines and focus on the list of benefits.

Here are the key Ruby on Rails advantages to consider: 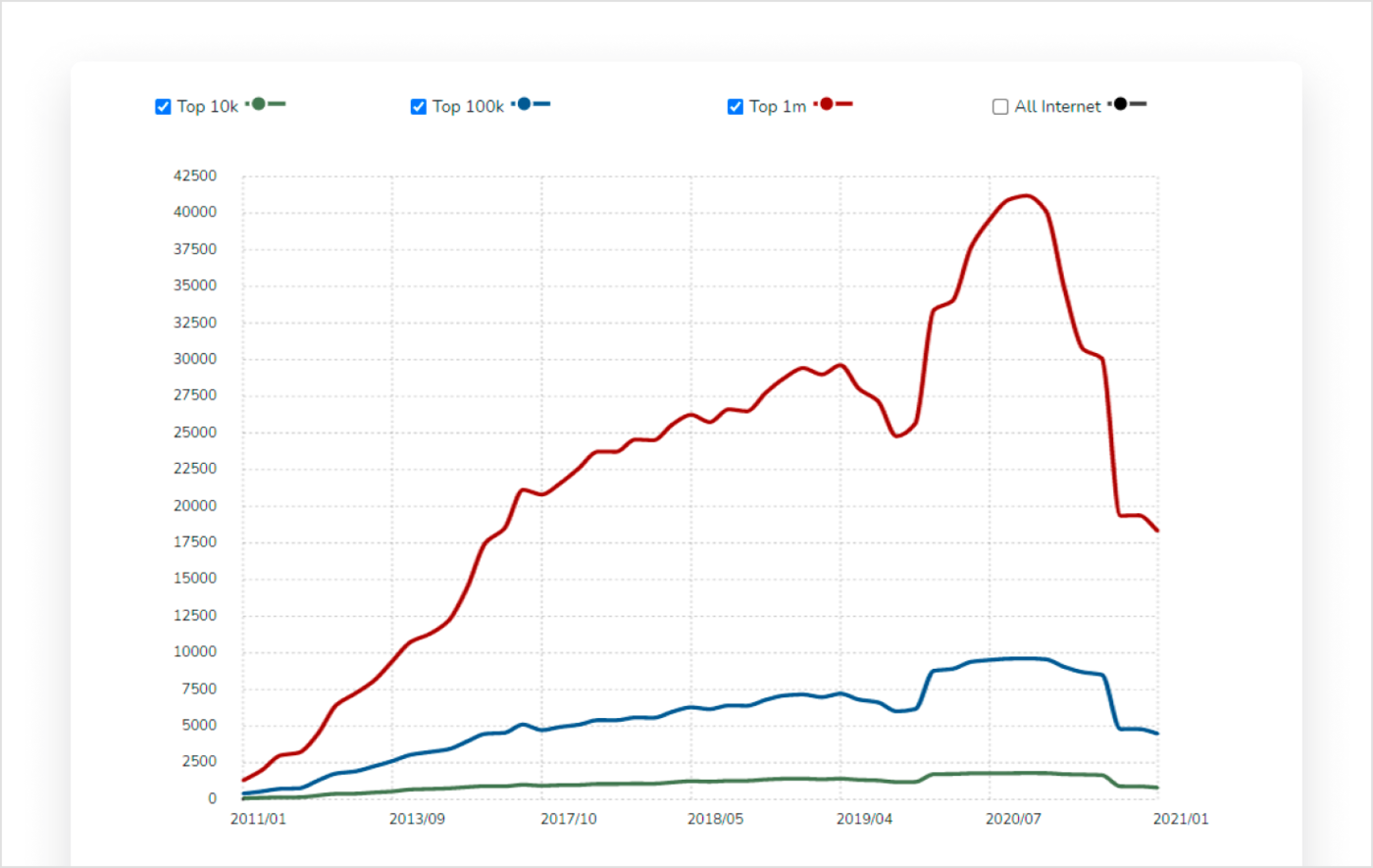 It would be hard to deny the decline in the popularity of RoR. Yet the reason behind this drastic fall could be not the extinction of the framework, but rather a global shift in trends. To be fair, the programming language market has become much denser and way more competitive since the times when RoR was one of a kind.

The fact is that the demand for Ruby on Rails has remained stable over a span of more than 15 years.

With that said, it's no wonder why startup companies that need to test a market for a new product choose a RoR framework. For more than a decade, launching minimal viable products has been the prime Ruby on Rails uses.

Why is Ruby on Rails good for MVPs?

Many websites, apps, and e-commerce platforms that started as MVPs and were built on the Ruby on Rails framework have made their way towards millions of users became brand names worth millions of dollars, to name a few:

What projects does Ruby on Rails app development suit best?

Before we start talking about the projects that Ruby on Rails suits best, let's highlight the context in which making a decision to build your product on RoR will be the right thing to do.

Your project will benefit from choosing Ruby for the backend if:

Now, let's move on to the products. Here's a shortlist of sites and web applications that the Ruby on Rails framework will suit best:

Examples of popular websites built with Ruby on Rails

Let's take a closer look at the world-renowned companies and brands that fall into these categories. 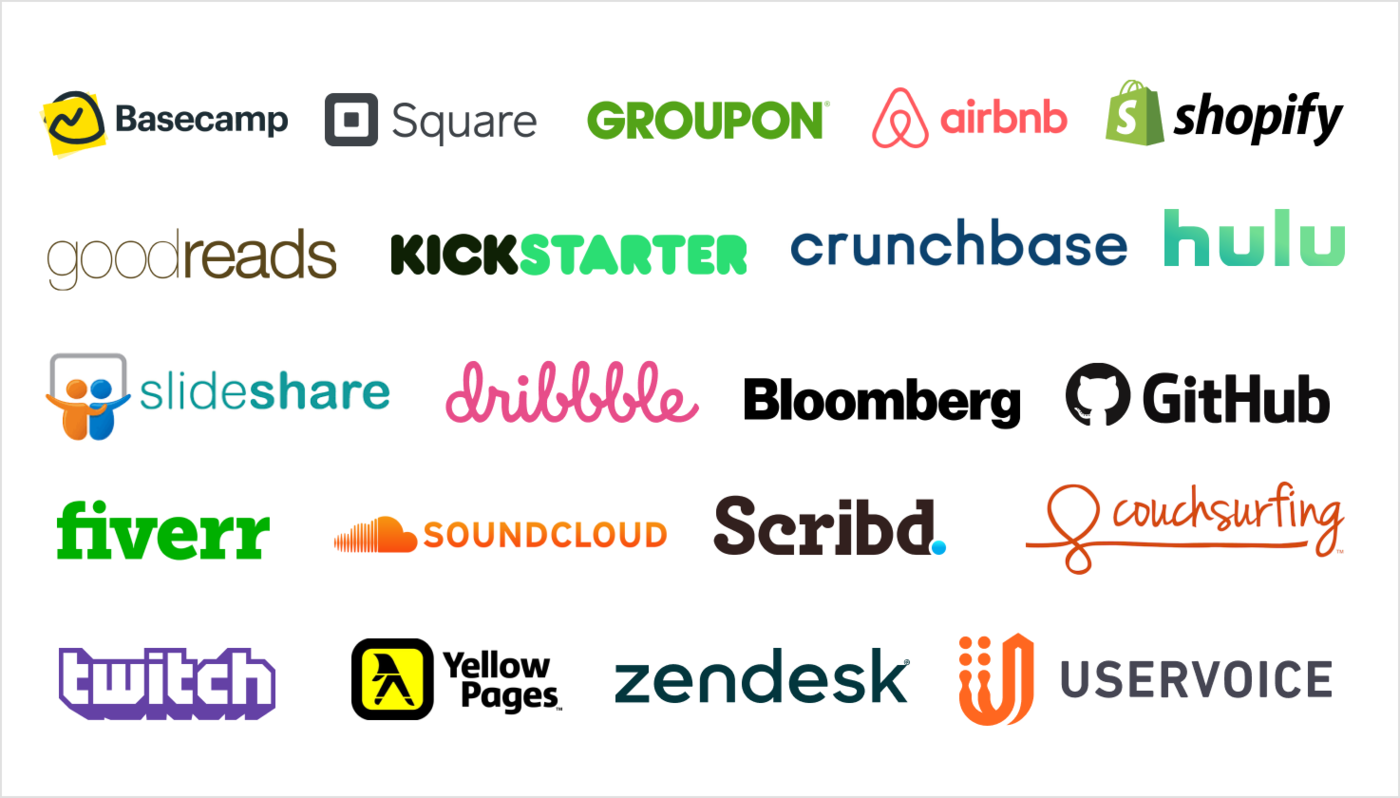 The modular approach of RoR makes the framework optimal for developing B2C, B2B, B2B2C, or subscription-based e-stores. It has the ability not only to kickstart a project quickly but to make it functional with eye-candy.

Groupon. Every bargain hunter knows this site. Such online destinations are well known for gathering traffic, as well as bringing quality leads. Ruby on Rails is perfect for the fast development of such a project.

Couchsurfing, Fiverr, and Clarity. It is not a full list, but you get the idea. RoR has everything required when building two-sided marketplaces for buyers and sellers.

We are living in the social world. Likes and comments, message systems, relationships, and public activities are just some of the functionality that guarantees a better on-site user experience. All can be easily added with the help of Ruby on Rails gems (libraries).

Twitch. Every gamer’s home from home developed on Ruby on Rails would be the best example here.

Zendesk, UserVoice, and Github are some of the most popular and widely-used solutions that chose RoR for their development and did not substitute it as they scaled. Time has proven them to remain secure, well-performing, and reliable.

Software developers who professionally code on Ruby and stay updated with the evolving RoR tool are rare gems. It may be difficult to choose the right Ruby on Rails team that is qualified for your project.

The percentage of newbies in Ruby on Rails development is close to zero. Often, Rails developers turn to RoR after getting a couple of years in PHP development behind them. The learning curve drastically reduces the number of unskilled specialists working on a project.

It may also turn out to be too costly to hire an additional full-time Ruby on Rails developer in your team. If that's the case, then outsourcing RoR expertise is a better choice. It may help your company to close current project tasks and stay within the budget limits.

Search for the agencies and web development companies who know when to use Ruby on Rails and how to do it properly to achieve the expected outcome. Browse through the portfolio of the launched products and pay attention to the client's reviews to make sure of the expertise and relevant experience of your future partners.

Even though it may be difficult to find the right vendors, you will only benefit once you do. The more qualified a developer is, the more proficient, inexpensive, and faster a project development turns out to be.

Examples of Agente Projects on Ruby

Agente has successfully launched various projects using the Ruby on Rails framework for backend web development. Each project turned out to be a success. The agency finished the work within the time frames while maintaining respect for the budgets.

Despite the Internet-hyped forecasts of the end of the Ruby on Rails programming language, in 2021, it still offers decent development tools (utilities, generators, ready databases, extensions, and modules).

Still asking why use Ruby on Rails for the backend of your next product?

The stability of a web app is paramount for the successful operation of business workflows. Ruby on Rails is a mature technology. This translates into stability—and with stability comes good performance and security. It offers massive opportunities for testing, as well as making the created solutions more stable, bug-free, and easier maintained.

Development time is money. The more time a developer spends on writing the code, the more expensive the project becomes. Rails is agile and is suited to rapid project development. The conventions behind the Rails code allow the creation of a clear code that is easy to support and modify quickly, especially if you hire Ruby on Rails developer.

If you're a startup or a business launching a new product, when you need to prototype or test an idea for a new product, Rails should be the first thing to consider. Reaching out to a Ruby on Rails app development company may be the solution you need.

Feel free to contact us if you have any questions. We will happily discuss your next project and provide you with detailed information. 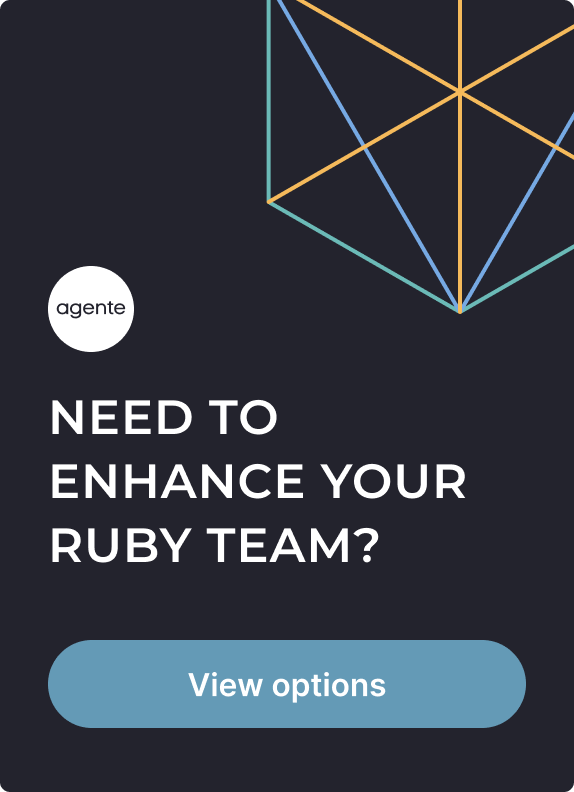 How to Design a Food Delivery App: Our Experience in the Dringet Case

Нow to Сreate an Online Learning Platform in 2021

A comprehensive view on how to build an online learning platform. Explore the must-have functionality to improve an existing LMS, build an MVP, or kick start a full-featured platform.

How to Integrate 3D Models into Web Apps

We discuss the value of 3D models to your business, pick things to consider before collaborating with your IT partner, and look at 3D web apps.

Dedicated Team Model: What It Is, Pros & Cons for Your Project

Dedicated team model - a winning approach to scaling your project fast when done right. Find out pros and cons and how to find a team that will fit your needs

Choosing an Outsourcing Engagement Model: What Is Right For You

Agente will help you to choose an outsourcing engagement model for software development according to your scope, budget, and timeframe.

Get to know the best web development tools for web designers who want to save their time and improve the quality of the final product.